The semi-sphere of the parachute in flight,
as a tended arc which connects.
Passage between worlds.
The arrow which appears and gives, a meaning.
The inner light, inside,
to find its way of gushing,
and become the body itself.
Colors of childhood:
Blue and ochre especially.
And also, sign of time:
the act of painting like act of resistance,
like creation of symbols.
Painting like human intimacy
And then especially, sometimes the unspeakable 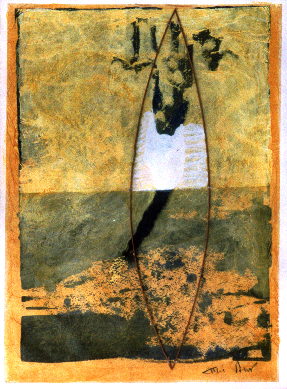 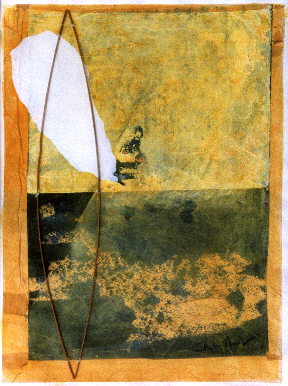 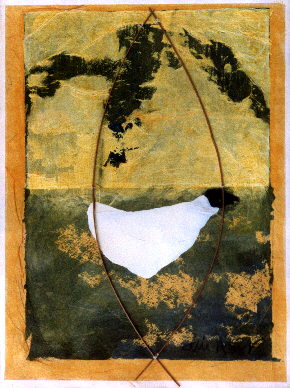 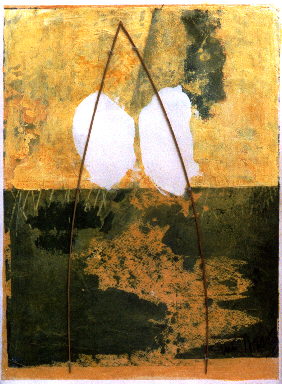 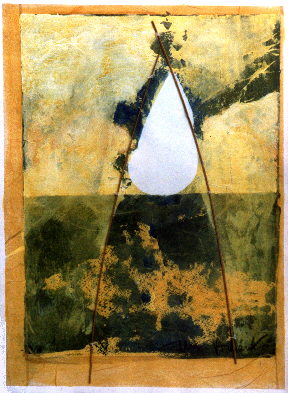 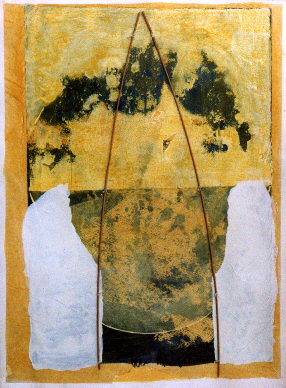 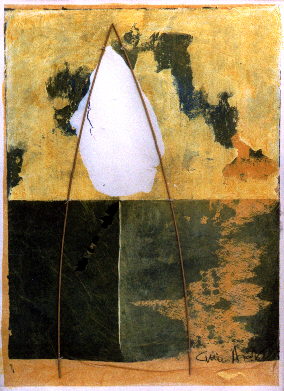 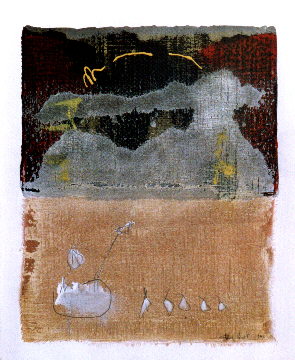 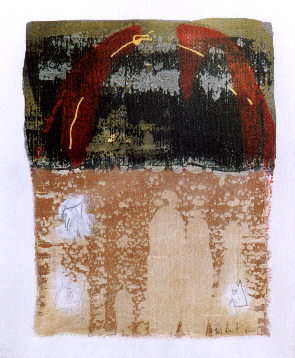 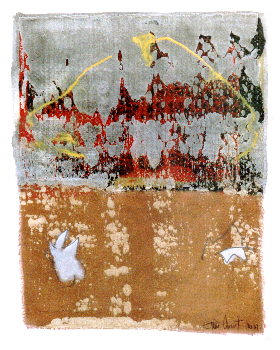 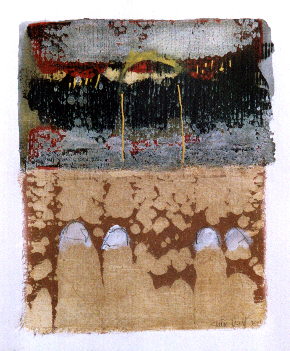 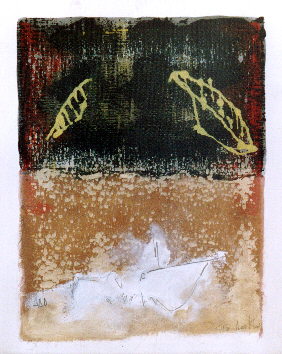 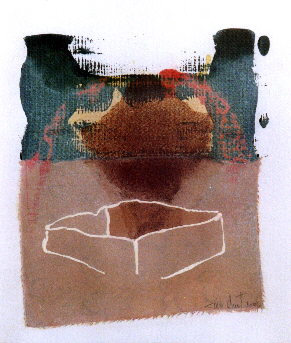 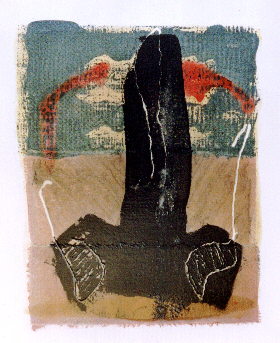